Malcolm Ludgate ACS has a wide range of experience working, filming and living in sub zero conditions. His six expeditions to Antarctica, shooting Film, High Definition Video and IMAX productions gives him an advantage for working in the harsh unforgiving environments found in the polar regions.

A helicopter drops an Apple shelter at our dive site on the moving Chaos Glacier. Giant melt pools had formed in the ice and created cavernous fresh water pools which looked spectacular in the IMAX film "Antarctica".

ANTARCTICA (IMAX)
This breathtaking film produced and directed by John Weiley in conjunction with Chicago's museum of Science and Industry, reveals the world's great southern continent in the IMAX format and covers the history, ecology, science, and beauty of Antarctica.

1997/98 SUMMER  Filming the documentary "Home of the Blizzard" (restoration of Mawson's Huts) For this Expedition we camped in tents at Commonwealth Bay for months and spent additional time at the sub-Antarctic Macquarie Island.

1992 SUMMER  Filming the documentary "The Last Husky" the story of the repatriation of the Australian Huskies from Antarctica and a road trip all the way through to Ely Minnesota USA their final destination.

1990/91 SUMMER  Filming the 2nd half of the 70mm IMAX feature "Antarctica". Primarily based at McMurdo station, we spent additional time at Amundson-Scott South Pole station, Terra-Nova base (Italian) Cape Washington, Cape Byrd and did extensive ice diving on this expedition.

1989/90 SUMMER  Shooting the 70mm IMAX feature film "Antarctica". filming aerials and diving under sea ice and inside the frozen Chaos glacier were highlights of this trip. Additional time was spent capturing footage at Australia's Casey, Mawson and Davis stations.

1988/89 SUMMER Based at Mawson station, we filmed thirteen futuristic stories for the science and technology TV series "Beyond 2000"  and a documentary special on the Antarctic continent. We also recorded supplementary stock footage of Antarctica and surrounds and spent additional time ilming at and around Davis station and the Vestfold hills.

1985/86 SUMMER   Four months at Australia's Davis station filming sequences for the ABC TV Natural History Units documentary series "The Nature of Australia" A considerable amount of wildlife and under ice diving was required for the series. Time was also spent working at: Heard Island, Mawson, Davis and Casey Station, Amanda Bay and the Bunger hills. 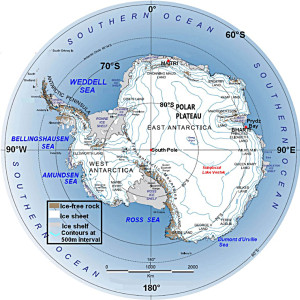